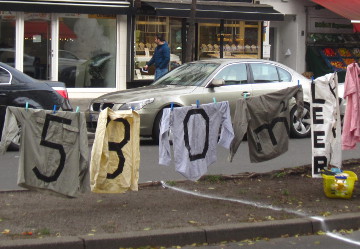 A local resident tells us that in Huttenstrasse 71 – a building owned by Berlin Aspire – several apartments have been empty for more than half a year or have been rented as holiday apartments.

In an extremly competitive housing market finding a flat in Berlin seems almost impossible.  For some people it can take up to a year to find a room…not even a flat. Moreover  for most vulnerable residents the housing shortage is becoming a homeless crisis, thats why we decided to interviene in the Huttenstrasse 71.

Instead of entering the house only in the digital vacancy detector, we mark the vacant space in front of the house with spray chalk. Within the area we set up a makeshift flat with a table, a lamp, a coat rack and furniture. We distribute postcards with inscriptions like “Make your stay unforgettable”, “misuse of living space!”, “Illegal rental of holiday apartments!”, “580m² vacancy in the Huttenstr. 71 “,” Rising rents! “And” Refugees have to sleep in gyms and tent accommodations “- and thus come into conversation with passers-by and residents of the house. The postcards were addressed to the District Councilor Mr. van Dassel, District Office Center, Department of Social Affairs and Citizen Services. One of the passers-by lost his apartment that day and wants to spontaneously occupy Huttenstrasse 71 with us. We leave it at a symbolic action. A detailed text (in german) about the situation in Huttenstrasse 71 can be found here >>> Wem gehört Moabit? 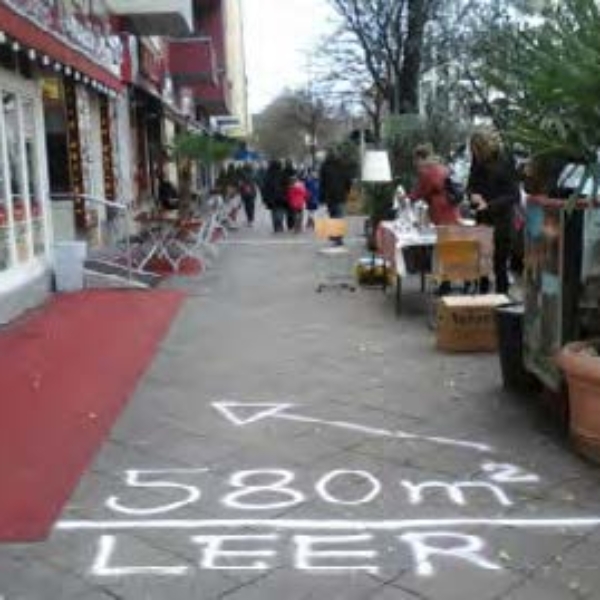 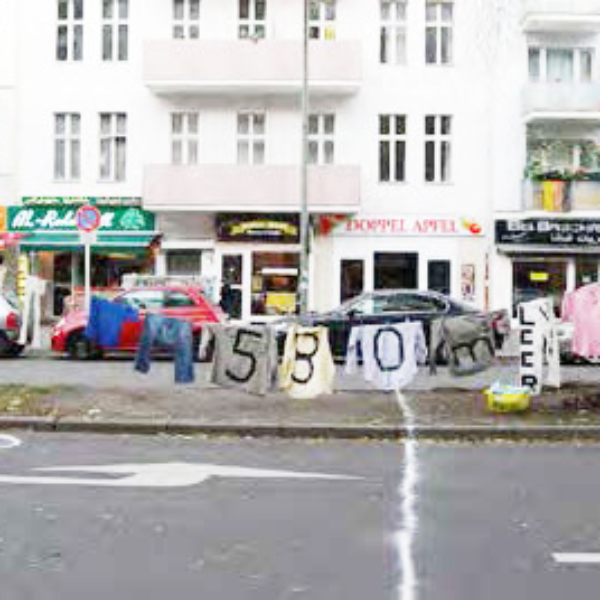 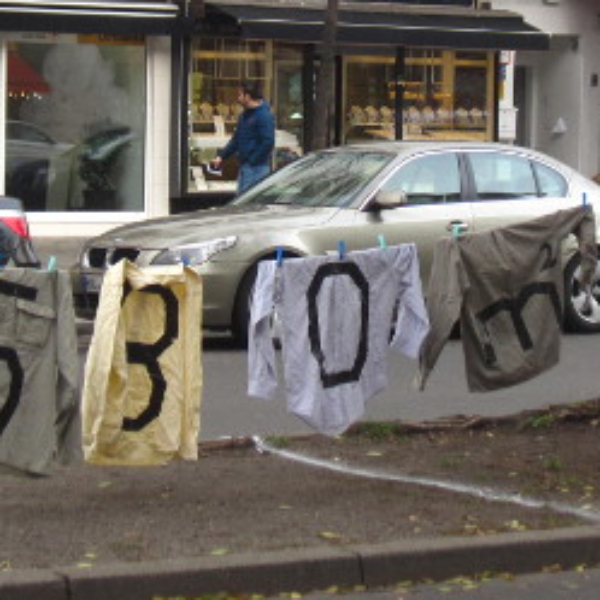